Map Monday: Population growth – and shrinkage – over the millenia

We all know – well, most of us know – that the human species has roamed the Earth for a very long time. A fascinating interactive population map at Our World in Data provides us with lots of data to show us where centers of population have flourished, and then sometimes decreased, over thousands of years. These maps are another way of looking at mankind’s history on our planet.

I’ve taken screen shots at various points in time to give you a flavour of the ebbs and flows of population growth throughout history. The online interactive map actually starts way back in 10,000 BCE, but there’s not much action prior to 6,000 BCE, except, interestingly, not only what is now Israel and Lebanon but also what are now parts of Nepal, Bangladesh, and Mexico. If you go to the interactive map you can also scan the map with your mouse to see detailed information about each country at any point in time, as I’ve captured in this screen shot. Fascinating stuff. [Click on any of the maps below for a more detailed view.] 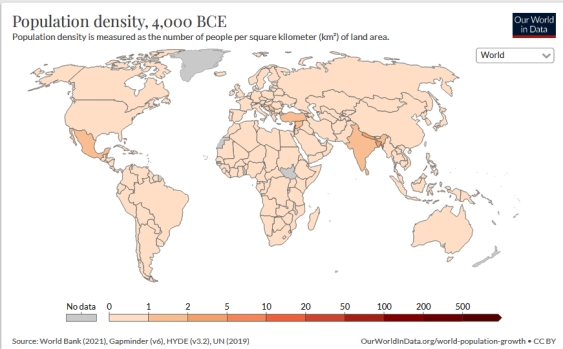 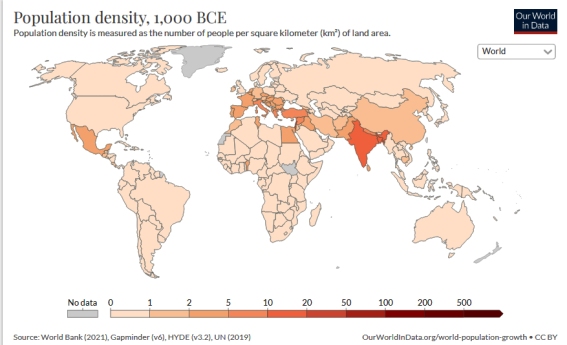 Notice in the map above the population density in Central and South America in 1500, and then look at what had happened within 100 years, after European ‘explorers’ had arrived with their diseases and guns. 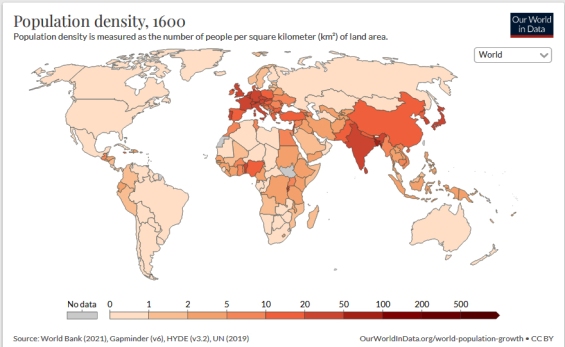 The American War of Independence from Britain may have happened in 1776, but it wasn’t because of a significant growth in population!

At the time of the American Civil War their population density had increased, and Central and South America were starting to regain their extraordinary losses due to the invaders/conquerors.

World population at the end of World War II. 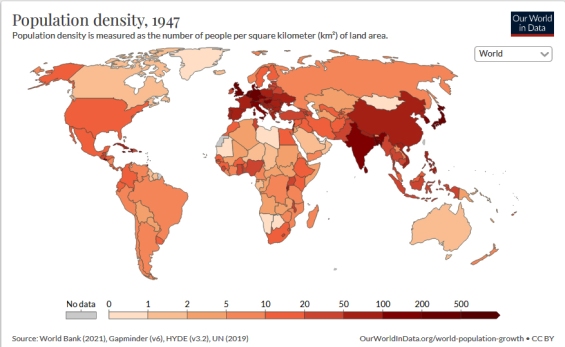 And, our recent population numbers.

Food for thought? Where do we go from here?!!

25 Responses to Map Monday: Population growth – and shrinkage – over the millenia