As of this past weekend, the much anticipated COP26 has wrapped up its deliberations.  Wrapped up are the presentations, pleas, protests, political posturing, and final compromise agreement.  Sorry, folks, but compromises and grand talk with insufficient action is too little, too late.  We’re prevaricating at our peril.

Something approaching 200 countries participated in these gatherings, consuming vast quantities of fossil-fuel burning conveyances to get there and back.  The President of the United States, who proudly proclaimed that American leadership on tackling climate change was back, brought with him 85 limousines and a few helicopters – all brought by plane – because, hey, security is important.  Not a reassuring start.

Tens of thousands of people came together in one place in the middle of a pandemic – I won’t go into whether that was a sound idea or not – because most of them understood that the world must address the multiple causes of climate change now.  Not because it’s a nice idea, although it is.  Not because the world has nothing else to worry about; we know it does.  No, it’s because if we do not address it NOW we won’t have a world left in a few generations.  At least not one in which human beings can exist. This is the ultimate definition of an existential crisis. When will we wrap our heads around that?

While we’re waiting to self-annihilate – because, hey, jobs (and profits) in the fossil fuel industries are at stake – we can watch as the sea rises and wipes out entire island nations.  We can watch while more and more wildfires burn out of control, destroying more homes, towns, forests, and even Arctic tundra.  We can watch while some parts of the world experience historic droughts and others experience historic flooding, over and over and over again.  We can watch increased worldwide migration from people who, through no fault of their own, are no longer able to survive in their native lands because it is too hot, the water has dried up, and food can no longer grow there. Or it’s been swallowed up by the sea. Climate refugees.  All because our political and business leaders haven’t had the intestinal fortitude to do what’s been staring us in the face for several years now. They’ve refused – or have been unable – to take the necessary long view, and now it’s become the short view.  We must change the way we do many, many things.  NOW.

For those of you who aren’t familiar with the excellent political satirist The Out And Abouter, he summed up his view of the COP26 final agreement in this tweet today:

There’s a reason why the hard-working president of COP26, Alok Sharma, became emotional  as he presented the final, disappointingly weakened agreement.  His tears said it all.  Let us at the very least hope that the words that have been agreed to are actioned as quickly and thoroughly as possible.  Our political and business leaders need to be walking the talk from day 1 after COP26.

And now some maps and charts that capture some of the issues.

From the Met Office of the UK government and their Human Dynamics of Climate Change project, showing expected climate changes between now and 2100. (Click on a map for more detail.): 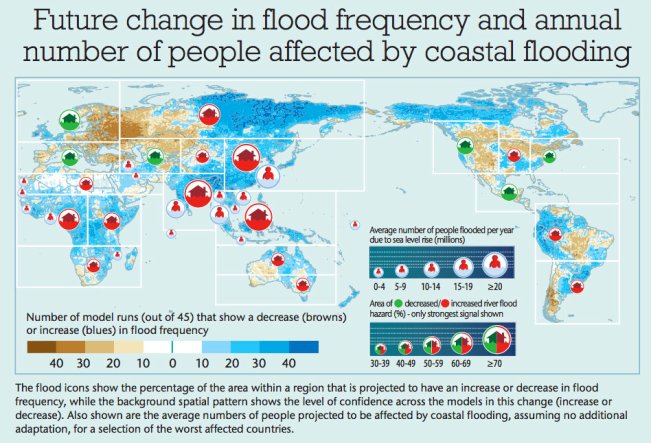 From the New York Times:

Rich countries, including the United States, Canada, Japan and much of western Europe, account for just 12 percent of the global population today but are responsible for 50 percent of all the planet-warming greenhouse gases released from fossil fuels and industry over the past 170 years. (NYTimes article) 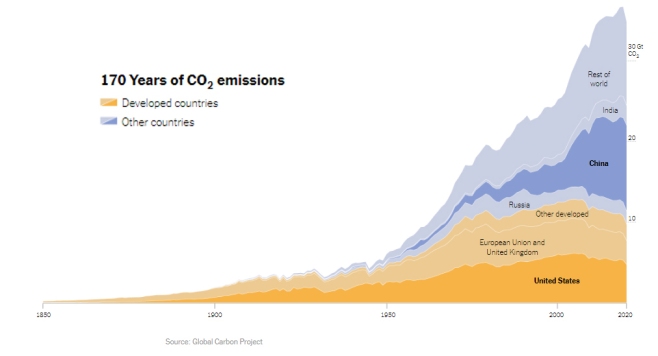 In this next chart, notice that in per capita responsibility for CO2 emissions, Australia, Canada, and the United States are not far behind Saudi Arabia in emissions per person. This must change.

A look at historical changes in the global temperature, from the BBC:

And, maybe most tellingly, according to an article in CNN online, this is the difference between what we need to accomplish and what we have agreed to:

We have so much work to do on so many fronts. May the COP Conference in Egypt next year see credible steps forward from this year ahead, building aggressively on what’s been agreed to, so that COP27 starts off with a renewed sense of the possible.

27 Responses to Map Monday: COP26, outcomes, a few maps and lots of charts