You can’t change history, but you can change the consequences

Last week I tackled the first two items on my self-challenge list of who have been the most significant contributors throughout history to making the world a better place.  I got through the enormous challenge of women’s rights and children’s rights, although I certainly didn’t do full justice to either the issues or the totality of inspiring activists.

However, the next categories on my list of ten are just too massive to reduce down to a few outstanding advocates.  The subject matter is so heart wrenching, and the fights for social justice and human dignity have been going on for so long and still have so far to go, I’m having trouble wrapping my head around it.  These are the categories I had initially hoped to cover this week:

But stop and think about it.  This includes the African slave trade by European countries starting over 400 years ago, which took shockingly long periods of time to make illegal.  It includes the ongoing oppression and ignoring of civil rights for Blacks in many countries.  Things have improved, of course, but not nearly enough.  It includes the shameful record of treatment of indigenous peoples in all the lands that European explorers, traders, and then colonizers invaded, the impact of which continues to be felt every day.  It includes the horrific treatment and expulsion of the Muslim Rohingyas by the Buddhist Burmese and the treatment of the Buddhist Tibetans and Muslim Uighurs by the Chinese.  The list goes on and on.  And, of course, all this oppression leads to yet more waves of refugees.  Human tragedy writ large.

There have been many, many activist heroes in many countries who have dedicated their lives to overcoming and improving these gross inequities, starting with abolitionists in the 1800s.  In the 1950s and beyond here were individual protests by courageous Black citizens in countries such as the U.S., Canada, and Britain (and South Africa) who refused to comply with such restrictions as sitting at the back of the bus or drinking from a public water fountain reserved for whites only.  They were beaten, arrested, imprisoned, and even shot for standing up for the most basic of human rights.

In the U.S., thanks in large measure to the powerful leadership of Dr. Martin Luther King, Jr. during the Civil Rights Movement, that country passed its Civil Rights Act in 1964 and its revised Voting Rights Act in 1965, just a few years before Dr. King was assassinated in 1968.  The success of these two important Acts remains a work in progress, with various state legislatures being “creative” about reining in civil and voting rights.  Those Acts were passed, not without dissent, a full 100 years after the Civil War abolished slavery.  And now, more than 50 years after those laws were passed, the strong resonance of the Black Lives Matters movement shows how elusive social justice remains. 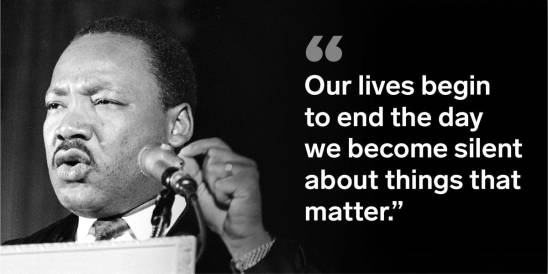 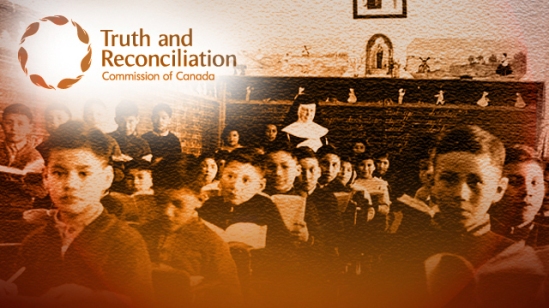 And the notion of truth and reconciliation is where I’m heading, because it’s difficult to know how else we can move forward.  For the world to become a better place, those of us who have not been negatively impacted by racism and oppression must learn where it stems from, how extraordinarily damaging it is, how artificial the whole notion of “race” is, and how we can reach out to each other with understanding and support.

Rather than attempting the impossible task of choosing one of the many abolitionists and civil rights advocates over the few centuries as the “greatest”, I’d like to leave you with a powerful opinion piece posted in the Globe and Mail this past week.  It makes a compelling case for racism being a concept that was “invented” by the Brits when they started conquering foreign lands, in order to justify enslaving masses numbers of people – fodder – to work their new economic enterprises far from home.  It’s a chilling historical tale, but ends with some worthwhile advice that I have borrowed for the title of this post.  See what you think.

Racism was a cornerstone of the British Empire, including Canada. Reparative justice can help to right these wrongs, by Alex Renton

In February, 1781, Sir Adam Fergusson – a member of the British Parliament and an aristocratic landowner in Scotland – received a very unusual visitor at his London house. The man was called Augustus Thomson, he was Black, and he had travelled 5,000 miles in great danger in order to see Sir Adam and seek his assistance and his mercy.

Until a few months prior, Thomson had been a slave on Adam’s sugar plantation in Jamaica. He had status there: He was the veterinary surgeon and doctor to the other enslaved people. He fell out with the white overseers, who whipped him, his wife, mother and children, then took their possessions and burnt down their hut. So Dr. Caesar – his “slave name” – ran away, smuggled himself onto a ship and arrived in London to plead for justice from the ultimate boss: the plantation’s owners.

These were Sir Adam, my great-times-six uncle, and his brother Charles, my great-times-five grandfather. It is in their papers that I found Thomson/Caesar’s dictated account of what happened. They owned him (and 170 other enslaved people) in Jamaica – but not in London. In Britain, at the dawn of the popular anti-slave trade campaign, it had at last become legally impossible for one man to own another.

So Sir Adam’s task, as he puts it, was to persuade the free Thomson to “return to his duty” – go back to Jamaica and become Caesar the slave again. He was, after all, valuable property – worth £120. The equivalent today could buy you a large family car.

Sir Adam heard Thomson out. He promised him that he would put things right and that no action would be taken against him if he went back to the plantation. Presumably desperate to see his family, Thomson agreed – though runaways were severely punished back in the slavery colonies, often executed.

A berth was found for Thomson on a Royal Navy warship going to Jamaica. Then Sir Adam wrote to the manager of the plantation to boast of a job – his own – well done. The manager, he decided, could do as he saw fit with the returning runaway. The story does not end well for Thomson or his family.

I found many horrific things in my ancestors’ papers covering the 75 years during which my ancestors owned people – nearly a thousand of them – on plantations in Tobago and Jamaica. There are the grotesque punishments, the brandings, the selling of children, the senseless deaths – on average an adult on the plantation survived less than five years – and all the banal cruelties of the business of farming humans.

My great-uncle, Sir Adam, was a member of the governing Whig party in Parliament, many of whom were pro-abolition. (He was a friend and ally of the politician Henry Dundas, whose name has just been removed from Toronto’s streets). He did not balk at using his position for personal advantage. When in 1792 the first slave trade abolition bill is put to Parliament, Sir Adam writes to Jamaica telling the Scottish manager to buy more young women before prices go up: it will be good business to “breed” more slaves, if they can’t import people from Africa.

But the Caesar/Augustus Thomson story stands out for me amid all the greed and carnage, not just because it is a unique account of life on an 18th-century plantation. It is my ancestor’s casual betrayal of the man who came to him looking for decency that horrifies me. Sir Adam was a reformer, an educated man who played a part in the Scottish enlightenment, a reader of philosophy, a landowner known for treating his Scottish tenants well, a Christian. His word was his honour; he would not give it lightly. Unless it was to a Black man.

Why is this important today? This racism made slavery possible – people like my ancestors could not do to white people what they did to Black people. Racism was a cornerstone of the British Empire: It allowed the British to divide and rule. In India, in Africa, setting one religion or ethnic group over another was systematic, an efficient, economic way of controlling the masses so that just a few white men could rule. The Indigenous people of Canada, Australia and the Caribbean were expendable, if profit or politics required it: Sugar planting had wiped out almost all the Taino and Carib peoples in the British Caribbean colonies by the late 18th century. British historians tend to explain away this genocide as being chiefly the result of exposure to European diseases.

When I went to Jamaica and Tobago, to the sites of the Fergusson plantations, I asked people how the slavery era affected them today. Almost everyone mentioned “colourism” first. On the plantations, you got a better job if your skin was lighter – because that implied you had white blood: you were better. At emancipation in the British Caribbean, “coloured” people had more rights than “black.” The legacy of that lives on today, in the Caribbean and in the racism and inequality that divides Britain – and also Canada.

So what do we do about this now? Reparations is a dirty word in Conservative Britain: We have not even apologized for our 250 years of slavery and slave trading. But many other countries have embraced the principle that reparative justice can go some way to righting these wrongs. Canada has seen that in its approach to the awful history of abuse and exploitation of the First Nations. France is in talks with Haiti; the Netherlands has apologized to Ghana for its part in the trade that took 14 million people out of West Africa.

In the United States, reparations for slavery and the injustice that came after it is on the political agenda. I hope that Scotland, where I live, will start to discuss reconciliation with the islands where so many Scots made fortunes – some of whom retired to Canada to enjoy them. As one Scot of Jamaican origin, professor Sir Geoffrey Palmer, put it: “You can’t change the history. But you can change the consequences.”

Alex Renton is a British-Canadian journalist and the author of Blood Legacy: Reckoning With a Family’s Story of Slavery.

17 Responses to You can’t change history, but you can change the consequences