Map Monday: indigenous history around the world, pre- and post-colonization

Today is the last day of May, the day before the beginning of June, which is National Indigenous History Month in Canada.  There can be no more chilling reminder of why Canada needs to have a National Indigenous History Month than what transpired in British Columbia this past week, when the remains of at least 215 children were unearthed at the site of a former Residential School.

For those of you who aren’t aware of this shameful history, the Canadian government ran Residential Schools for indigenous children from 1863 to – get this – 1998.  At least 150,000 children were forcibly taken from their homes and sent to schools far away from their families, mostly run by church authorities.  The stated objective was to “take the Indian out of the child” by removing anything related to their homes and culture, including language, instilling the Church into them, and giving them some basic education.

The reality was that the children were in many instances kept in substandard conditions, without their traditions, their familiar food, or the love of their family and community.  They were beaten and abused (including by nuns and priests), exposed to diseases like TB, from which they died at frightening rates, and often died of hypothermia when they tried to run away and get back home.  The families were rarely ever even told what happened to their children. And we wonder why there is so much dysfunction in many indigenous communities or why so many indigenous people in Canada don’t trust authority.

[The tragic reality is that similar stories of how indigenous peoples have been and/or are being treated can be found repeated around the world.  Similar stories of residential schools can be found in Australia and the United States.  And one might well ask the Uyghurs if this sounds awfully familiar to their current treatment in today’s context.]

The Truth and Reconciliation Commission (TRC) was established in Canada in 2008, to uncover the full extent of mistreatment of indigenous peoples as a result of the devastating impact of Residential Schools on their families, their communities, and their very souls.  It also investigated other government policies programs targeting indigenous peoples that have further harmed their lives in many ways, such as forcing them off their lands and into poorly equipped remote towns, etc.

The TRC produced a final report with many recommendations in 2015.  Our country is slowly but surely working its way through them.  It is a long process of undoing centuries of injustices and discrimination, but we will remain hopeful that this process will ultimately bring peace and dignity back to indigenous peoples in Canada.  This has been their ancestors’ land for many millennia, the rest of us – the “settlers” – have so much to learn about the stewardship of this land from indigenous peoples.

The first map shows the distribution of indigenous peoples throughout the world today.  It will surprise many westerners to learn that the vast majority of the world’s indigenous peoples live in Asia and SE Asia, although you will be familiar with the more common term, “ethnic minority”.  As the source of this map makes clear (World Bank), indigenous peoples across the globe endure exclusion and poverty. 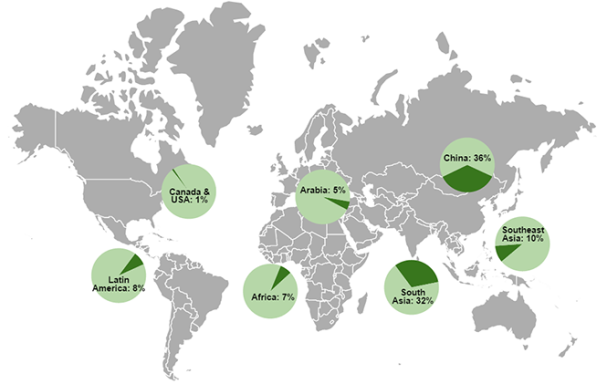 The next map is a screen shot of an ambitious interactive map available at Native Land.  It is updated as new or improved information is recorded. It’s worth taking a look (just click and try it out).

This map shows the migration routes from Asia to the Americas that populated those continents nearly 15,000 years ago. It also includes a hypothesized Solturean Route from Europe more than 20,000 years ago.  More information on this hypothesis can be found at the map’s source, Indigenous Peoples of Turtle Island.

This map shows the peoples, cultures, and economic activity of North America prior to the arrival of Columbus et al.  One sad detail: the Beothuks of Newfoundland (far righthand side in Canada) were wiped out – made extinct as a race – by the encroachment, slaughter and imported diseases of the European colonizers, against which they had no resistance.  The last surviving Beothuk, (Nancy) Shanawdithit, died of TB in 1829. 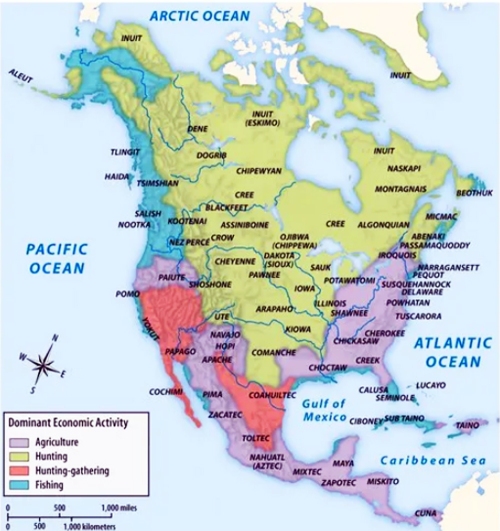 The next three maps show the changes perpetrated on Native American in what became the United States once the colonists arrived.  These maps show the decreases land but not in population, which was due to disease but mostly to massacres, as well as starvation thanks to a government policy of killing all the buffalo for that very purpose.

This map shows the distribution of indigenous peoples are a percentage of the overall population throughout North America. 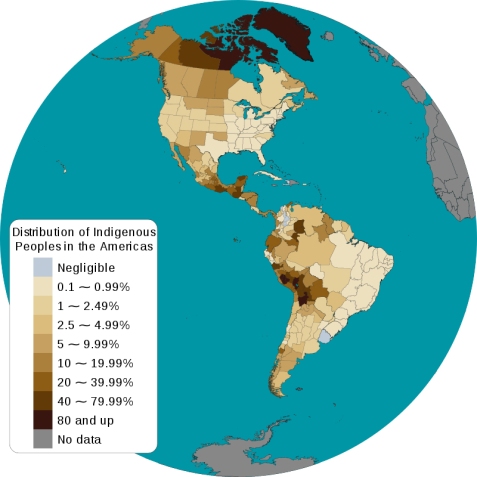 This map shows the same area in more detail.  You can click on the map to see considerably more detail.

And finally, a map of where all the Residential Schools in Canada were located.  This is another interactive map, and if you click on the image you can check out its interactive nature. 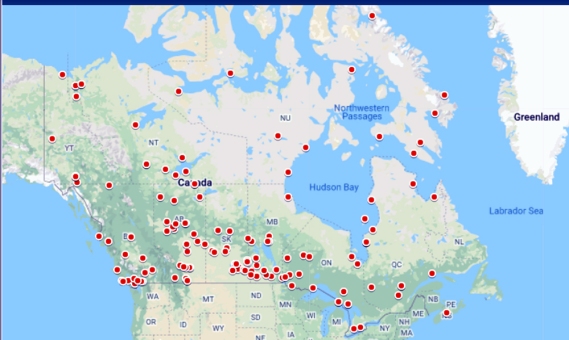 I am hopeful that the posts I share during Indigenous History Month over the next 4 Mondays will show that we have opportunities for change.  Small steps have been made through the implementation of some of the recommendations of the Truth and Reconciliation Commission.  We can all work towards many, many more small steps, resulting in large, much needed improvements for the everyday lives of indigenous peoples.

41 Responses to Map Monday: indigenous history around the world, pre- and post-colonization