OK, all of you readers who are Canadian women, raise your hand if you knew that October is Canada’s Women’s History Month, so almost over? I’m not raising my hand, or at least I wouldn’t have a few days ago. I came across it inadvertently while meandering around the Internet (where I spend a great deal of my time, I admit).

I have to ask: why have a Women’s History Month different from March (when the more well-known International Women’s Day is celebrated) if you’re not going to promote it? Once you know it exists, you can find a little information, but just a little. According to a post on the government’s Status of Women website, “in 1992 the Government of Canada designated October as Women’s History Month, marking the beginning of an annual month-long celebration of the outstanding achievements of women throughout Canada’s history. Women’s History Month includes International Day of the Girl on October 11 and Persons Day on October 18.” Apparently, each year there is a theme; “this year’s theme is Make an impact, in honour of the courageous women and girls who have made a lasting impact as pioneers in their fields”. I wish I’d known!

[From the website: “International Day of the Girl is a United Nations observance day dedicated to championing girls’ rights around the world, including freedom from violence and abuse, as well as equal opportunities in areas such as law, education, nutrition and health care. This year, the UN is drawing attention to the role economic empowerment plays in promoting equality for girls, specifically through improved access to education, increased political participation and leadership, and better support and training for girls in STEM.” This is important stuff; maybe it’s  observed in schools and not within the general public??]

To give credit where credit is due, Canada did make this proclamation three years before the United States proclaimed March to be their country’s Women’s History Month in 1995. But, boy, it sure is a wasted opportunity if more people don’t know about it. Its website proclaims “an annual month-long celebration of the outstanding achievements of women throughout Canada’s history”, but if that’s true, it’s been an exceedingly modest month-long celebration over the past 28 years.

To make up for the lack of governmental interest and public awareness, I am volunteering a short list of outstanding Canadian women throughout history that will give you a taste for our capabilities and contributions and hopefully lead you to suggest more women. But I’m going to start with a history of women’s voting rights in Canada. It’s not as clear cut as is sometimes suggested, and it is not an uplifting story. This is precisely why having Women’s History Month would be a stellar concept … if people knew about it and thereby could (1) celebrate positive steps while (2) highlighting outstanding challenges.

1916 – Women in Manitoba were eligible to vote in provincial elections.

1917 – Women whose husbands or sons were fighting in WWI were eligible to vote federally.

1918 – Women were eligible to vote federally (not Asian or Indigenous women or men). [The one positive note is that Black Canadians were included in the franchise.]

1940 – Women in Quebec were the last women to be able to vote in their provincial elections.

1949 – Women and men of Asian ancestry became eligible to vote.

1950 – Women in the Northwest Territories became the last women eligible to vote in the territories.

1950 – Women and men who were Inuit were given the vote. Of course, voting in their remote location was practically impossible logistically, and didn’t become feasible for most until 1962.

1960 – Indigenous women and men on reserves and most other places (Status Indians) became eligible to vote. Can you believe that the reason given for why they had not been allowed to vote until then was because they were considered to be wards of the Crown due to the Indian Act. Even more shameful than the withheld Asian enfranchisement.

All these milestones had to be fought for, long and hard, and there are many more milestones-in-waiting – aka civil rights and human rights issues – that are being fought for as we speak. This is precisely why having a Women’s History Month is an important concept … and needs to become recognized and used to good measure to raise awareness of continuing women’s issues and our champions.

A starting point on outstanding Canadian women throughout history

There is no way, none whatsoever, that anyone can do this justice, no matter what. So I will just start a list and encourage people to add to it. Here goes.

Laura Secord (1775-1868) Canada’s own version of Paul Revere. Canadian heroine of the War of 1812, Laura Secord is famous for having walked 20 miles out of American-occupied territory in 1813 to warn British forces of an impending American attack. Among other signs of continuing recognition of her bravery, we have the ever popular Laura Secord chocolates and ice cream. And, no, apparently there wasn’t really a cow involved as part of her subterfuge. Stuff of legends!

Carrie Derick (1862-1941) Carrie Derick was a Canadian botanist and geneticist, the first female professor in a Canadian university, and the founder of McGill University’s Genetics Department. (Wikipedia)

Emily Carr (1871-1945) An absolutely brilliant, iconic painter whose works were inspired by the Indigenous peoples of the Pacific Northwest. If you don’t know her work you should look her up. 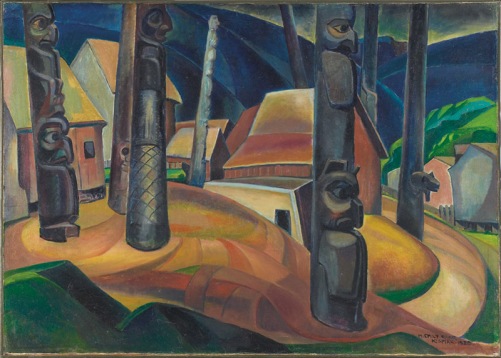 Elizabeth Bagshaw (1881-1982) Elizabeth Bagshaw, CM was one of Canada’s first woman physicians. She was the medical director of the first birth control clinic in Canada, located in Hamilton, Ontario. (Wikipedia)

Famous Five (1920s) Five prominent Canadian suffragists who advocated for women and children. They prompted the Supreme Court of Canada to answer the question, “Does the word ‘Persons’ in Section 24 of the British North America Act, 1867, include female persons?” in the case Edwards v Canada. The five women, Emily Murphy, Irene Parlby, Nellie McClung, Louise McKinney and Henrietta Muir Edwards, presented a petition to have women considered legally to be “persons”, so that women could be appointed to the Senate.

Statue of Famous Five on Parliament Hill in Ottawa

The petition was filed on August 27, 1927, but Canada’s Supreme Court passed a decision that women are not such persons! This judgement was overturned by the British Judicial Committee of the Privy Council on October 18, 1929. The case came to be known as the “Persons Case”. Although Canadian women (those who were British/Canadian citizens) had the vote in many provinces and in federal elections by 1929, the case was part of a larger drive for political equality. And, hence, October 18 is recognized each year in Canada (by women, at least) as Persons Day. 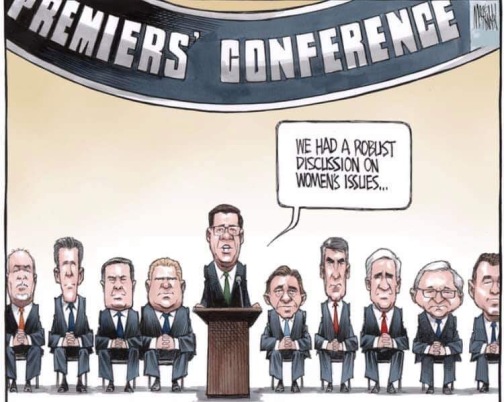 We still have a ways to go, although, to be fair, a few years ago we had an impressively large minority of premiers who were women. It sure didn’t last long!

Beatrice Worsley (1921-1972) Beatrice “Trixie” Worsley was the first female computer scientist in Canada. She received her Ph.D. degree from the University of Cambridge with Alan Turing and Douglas Hartree as advisers, the first Ph.D granted in what would today be known as computer science. With Alan Turing, can you imagine?! Oh, I would love to have known her.

Ursula Franklin (1921-2016) Ursula Franklin CC OOnt FRSC was a metallurgist, research physicist, author, and professor who taught at the University of Toronto for over 40 years. She was also an active pacifist and feminist, who wrote and spoke passionately and eloquently on both topics as well as on advances in her areas of science. One of my early female scientist role models when I was an undergrad at McGill.

Alice Munro (1931- ) One of my very favourite of many favourite Canadian women authors. What a long list it is. But I’m not the only one who loves Alice Munro’s novels. Aside from winning numerous Governor-General Awards, the Giller Prize, and the Man Booker Prize, in 2013 she was honoured with the Nobel Prize for Literature.

Roberta Bondar (1945- ) Roberta Bondar was Canada’s first female astronaut and the world’s first astronaut who was a neurologist. After her astronaut career, she led an international team of researchers at NASA for more than a decade, examining data obtained from astronauts on space missions to better understand the mechanisms underlying the body’s ability to recover from exposure to space. Bondar’s research in space recovery considered the linkage to Parkinson’s disease in addition to other neurological effects.

Donna Strickland (1959- )  Donna Strickland, FRS CC is a Canadian optical physicist, pioneer in the field of pulsed lasers, and professor at the University of Waterloo. She was awarded the Nobel Prize in Physics in 2018, together with Gérard Mourou, for the practical implementation of chirped pulse amplification, one of only 3 women to have ever been awarded the Nobel Prize in Physics out of 215 prize winners to date. Dr. Strickland follows in the footsteps of my first female scientist role model, Marie Curie.

If October is going to be Canadian Women’s History Month then it strikes me that it’s an ideal opportunity for newspapers and magazines to do features on women and their contributions throughout the month. Our TV stations should be doing the same, using this designated month as an opportunity to showcase outstanding women throughout our history and share their stories. Make use of this occasion to educate and celebrate, folks!

While we’re waiting for action, perhaps I’ll be forced to write a few blog posts that introduce more of our special Canadian Women. Let me know if you have suggestions so I can feature your favourite Canadian heroine or female role model.

Research credit: with the assistance of Wikipedia