Map Monday: taking a look at geological and weather events around the world

This Map Monday presents an overview of what kind of geological and weather events one may encounter across the globe. Some of these maps are a few years old, although within a decade. One thing to keep in mind is that most of the weather shown is becoming more and more extreme because of climate change. A few of these maps will speak to those changes. As usual, click on any map to examine details more closely.

Earthquakes. This world map has a somewhat different orientation (centered around the Pacific) to more effectively show earthquake areas of concentration. 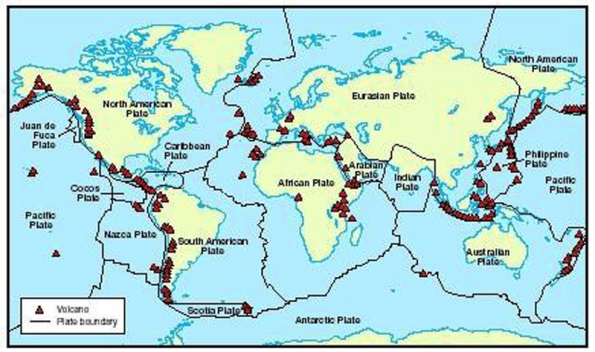 Volcanoes. Not surprisingly, there’s a relationship between many locations of volcanoes and earthquakes.

The following map is in the form of a cartogram. It shows how human settlement patterns and the global distribution of volcanoes correlate by drawing a 100km radius around each of the world’s volcanoes and then projecting this data onto a gridded population cartogram. The red areas show large population areas near a active volcano, highlighting the risk to humans for a natural disaster.

It’s hurricane season in our neck of the woods. We’re also hearing on the news about dangerous cyclones and typhoons.  What’s the difference? Well, they’re all tropical storms, and the only difference is their location.  Hurricanes are found over the North Atlantic and Northeast Pacific; cyclones are found over the South Pacific and Indian Ocean; and, typhoons, such as the one being expected in Japan this week, are found in the northwest Pacific. Anyone who has experienced even one of these storms at the lowest intensity knows that they are something to be feared. And with the warming of the oceans due to man-made climate change, they are coming earlier, more frequently, and with greater intensity. Not good news.

This map of precipitation includes snowfall as well as rain. Notice how large parts of the Arctic landmass are nearly desert, just very cold desert which until recently was frozen and covered with snow most of the year. 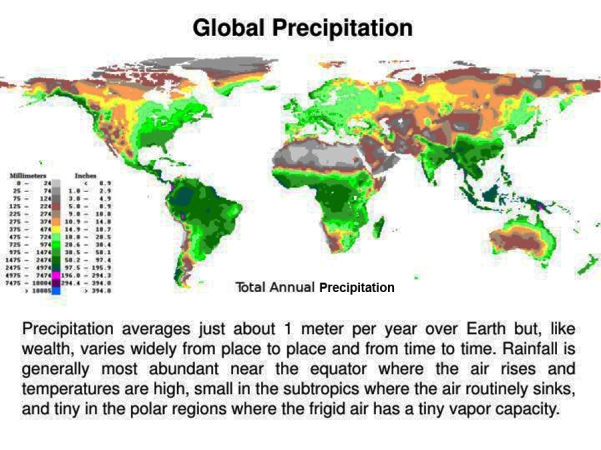 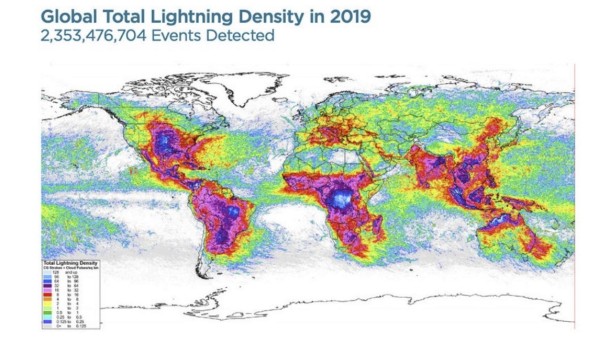 This is an interesting map of temperature range throughout North America in 2018. Some of it’s pretty impressive. If you live in places that are in the red or brown, you experience a HUGE range of temps, from VERY COLD to VERY HOT! We can all expect more extremes like this, for better or worse.

This map from NASA is also interesting, in a sobering way. It shows the difference in annual temperatures in 2019 from the 1951-1980 average. The warming of the Arctic – the canary in our coalmine called earth – ahead of everywhere else is bad news for all of us. 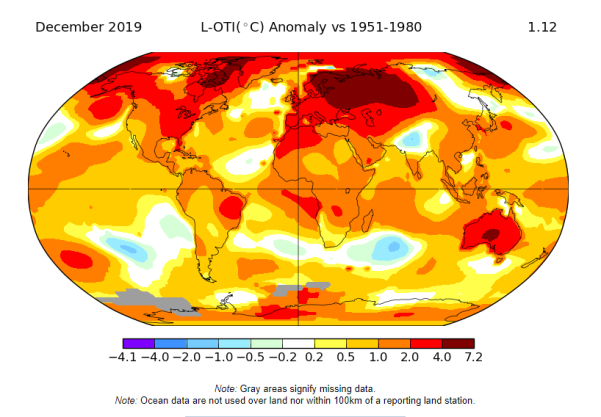 So, based on all of this map data, is there a perfect weather place in which you’d like to live?!

16 Responses to Map Monday: taking a look at geological and weather events around the world