Contemplating how great civilizations rise and fall through maps

It’s Map Monday. For a change of pace, let’s take a look at empires throughout history. There have been many empires, or civilizations, that have risen and fallen since humans – and so far that’s been men – first started exerting their power on each other. Some empires have lasted for thousands of years. The civilizations that developed under the rule of these empires spread languages, culture, scientific discoveries, architecture, and religion to the people within their boundaries and beyond. Their influence has persisted, in many cases for thousands of years after their demise.

And what brought about their demise? In nearly every case, it appears to have been one of four factors: disease (sometimes introduced by a would-be conqueror), climate change/natural disaster, wars, or socioeconomic collapse.

I am going to share what The Top Ten website calls the ten greatest civilizations, determined by a popular vote they ran. Some would probably choose other candidates (the Spanish empire, for example) but it’s as good a list as any. Let’s take a look at the dates during which these empires flourished and the territory they encompassed. I’ve listed them in order of dates. You can see more detail on the maps by clicking on them and zooming in.

Ancient Egypt             3150 BC – 30 BC
Egypt was the first country to be unified and ruled by law. Its many inventions influenced those who followed, including the Greeks and then the Romans. 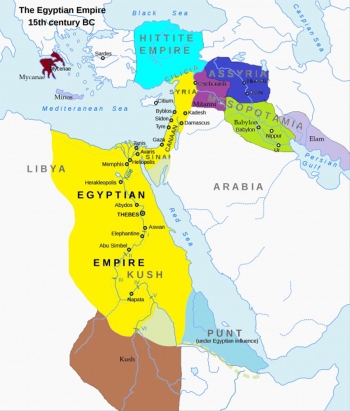 Mayan Empire           2000 BC – 1540 AD
It’s worth remembering that the Mayans did not have any influences from neighbours, unlike the civilizations that sprung up around the Mediterranean and Asia. Everything they did they figured out on their own, which included architecture, astronomy, and mathematics. 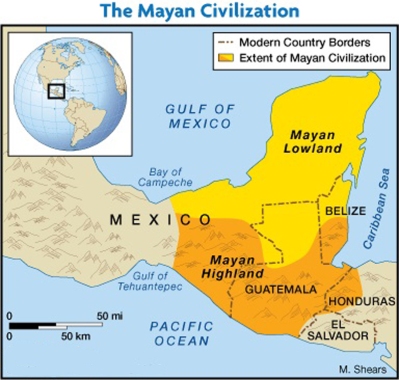 Greek Empire           800 BC – 146 BC (some aspects until 600 AD)
Ancient Greece is remembered for its philosophy, art, and architecture rather than its military might. When Alexander the Great took over so much new territory, he was smart in respecting the culture and languages of the local peoples and bringing their leaders on board to strengthen the expanding empire. 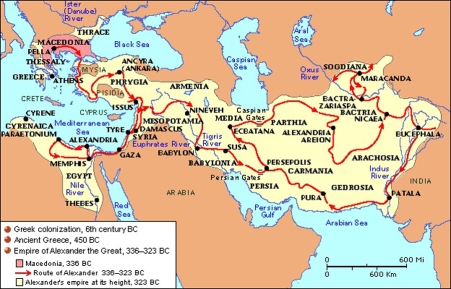 Persian Empire           550 BC – 330 BC
The first king of the Persian Empire, Cyrus the Great, is known for his fair and equitable treatment of all his subjects. It was rare if unheard of then and hasn’t changed all that much since. Persia brought their subjects many innovations, from an intricate architectural style to irrigation.

Chinese Empire         221 BC – 1912 AD
Through several dynasties, China has brought many innovations, from gunpowder and the compass to silk and movable type. They built the Silk Road to enable trade between China and India and beyond.

Roman Empire         27 BC – 476 AD (some aspects until 1453 AD)
The Romans stand out for their building prowess, building of all types: roads, grand buildings like the Coliseum and the Parthenon, and aqueducts. The Roman arch changed the way we think about architecture. 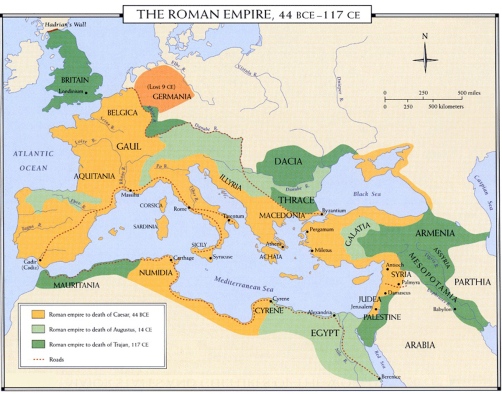 Mongol Empire       1206 AD – 1368 AD
Genghis Khan brought a writing system to Mongolia that is still used. Although ruthless, the Mongols did bring stability to a large region of Asia. They helped spread ideas and reopened the Silk Road. 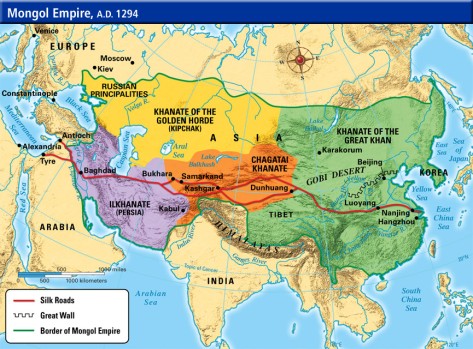 British Empire    1583 AD – 1997 AD (mostly by the end of the 1960s)
The largest empire the world has ever seen. “The empire upon which the sun never sets.” At one point, of course, it included the east coast of what is now the United States as well. English is one of two official languages in India because of the British presence, not to mention the only official language of many other countries formerly part of the Empire. 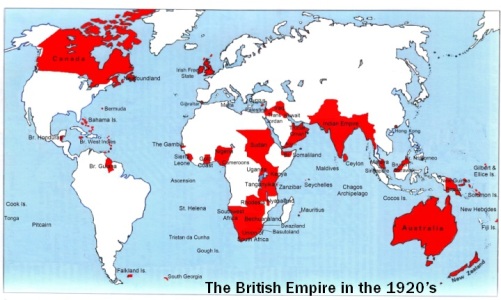 United States of America      1776 AD – ?
This one surprised me a bit, even though their global influence has certainly been paramount, especially from 1941 until now (or until recently at least). It surprised me because people don’t usually use the term “empire” when referring to the United States. However, when I googled “America empire map” up popped plenty of maps, typically using the term “American imperialism”. They have made important contributions to the advancement of science and technology, new forms of music and film, and have furthered the expansion of the use of English as a global language.