Wildlife and Earth Day in the time of COVID-19

Wildlife Wednesday and Earth Day all rolled into one. Happy Earth Day, everyone! Believe it or not, this marks the 50th year of celebrating Earth Day on April 22. I have to admit to not having been aware of Earth Day for all of that time, but, boy, was its founder prescient 50 years ago! Climate change and its impacts were barely a whisper on anyone’s lips 50 years ago. Since then the whisper of a few has become the roar of many, but that roar has been unable to overpower the thunder of profit margins, greed, denial, and short-term thinking. Until now.

And the change hasn’t come about because of the best intentions of Earth Day, Greta Thunberg, Al Gore, Elizabeth May, or any other climate change leader, it’s come about because of a novel coronavirus. If there is one silver lining to the COVID-19 pandemic that has shut down virtually the entire world and brought its own devastation, it is that it has been a boon to our environment. All those major producers of CO2 emissions and other pollutants have gone silent. Cruise ships are docked. The majority of airplanes are grounded. Cars are self-isolating along with their people. Mines have slowed down their work. Some factories are shut. Oil futures are in negative territory (how does that even work?!). And, lo and behold, the air has cleared. Air quality has improved enormously in many places. In parts of the world people are seeing the night sky for the first time in a generation. If only we can learn from this. If only this could be a new beginning.

Along with an absence of pollutants in the air, there’s an absence of people in the streets and at popular tourist destinations. Everybody’s home ‘sheltering in place’ to avoid catching or spreading the virus. Our planet’s wildlife noticed this absence right away. Within a matter of days of people hunkering down, wild animals that usually stay well out of the way of those pesky bipedal animals called humans had figured out that they had the place to themselves. The rate at which the air cleared and the animals started taking over previously avoided territory should give you pause. Pause to realize that if – or when – we have warmed our planet up to such an extent that we can no longer grow food for even a fraction of our population – maybe in 40-80 years – earth’s atmosphere and the wildlife that has not become extinct by then will be ready to embrace a healthier planet without us. A different planet for sure, but a healthier one without us. 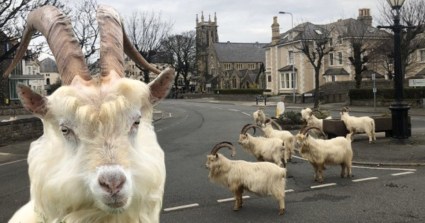 Mountain goats taking over a town in Wales 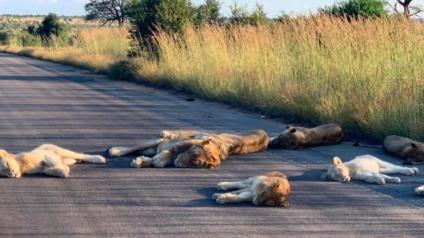 Lions in Kruger Park, South Africa, realizing that there are no more cars so they can nap wherever they like 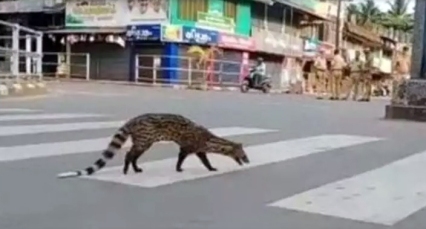 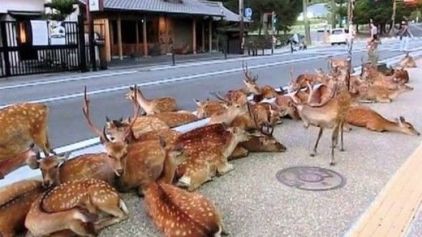 Deer taking over the streets in Nara, Japan

So, in celebrating Earth Day on its 50th anniversary, in this strangest of strange times of this global crisis, let’s do all we can to ensure that when we have finally got a handle on COVID-19 we will have learned some valuable lessons about just how different our world could be. For the better.

Each and every one of us can play a role. Let’s join with climate change leaders to fight for cleaner technologies to replace fossil fuels as part of a new economy. Let’s determine the best agricultural policies, not to improve the bottom lines of industrial agriculture, but for more local, sustainable agriculture that works for all of us.  Let’s make sure there are strict anti-polluting regulations put on shipping, including cruise ships. Let’s ensure that the manufacture, use, and recycling of plastics is done in such a way that the land and oceans are kept free of plastic pollution and our bodies are kept free of microplastics. It’s a long list, but we have an opportunity to restart our economies in new ways. Let’s be bold. Do it in the name of Earth Day. For the animals. For us. For our future generations.

To close, some views from the animals’ and trees’ perspective. Thanks to Kavitha at Sunshiny SA Site for sharing these Lockdown Laughs on her blog. 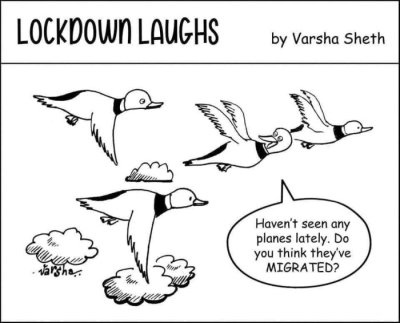 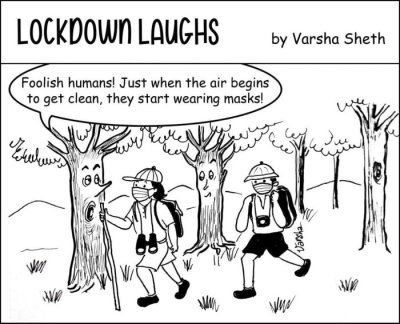