World maps can tell so many stories

A number of news stories I’ve read this past week have used maps to tell their story. The data supporting the story, presented in one simple map, tell the tale quite eloquently. Yesterday, for example, I happened upon maps in the news that told stories as varied as voting patterns, the rise in temperature around the world, and the spread of the coronavirus. I’ve always appreciated the effectiveness of maps in conveying information, so when I stumbled upon a distorted map called a cartogram earlier this week I really sat up and took notice. This format is much more challenging for the viewer – it requires close interpretation – but it’s lots of fun and remarkably powerful once you get the gist of it.

To give an easy example of how effective a simple map can be in telling a story, here’s one in the familiar format.  It uses a standard world map to present its data. This map shows which countries in the world use the Fahrenheit system of measurement and which ones use Celsius. Simple, clear, and pretty darn interesting. I have to admit, it surprised me! 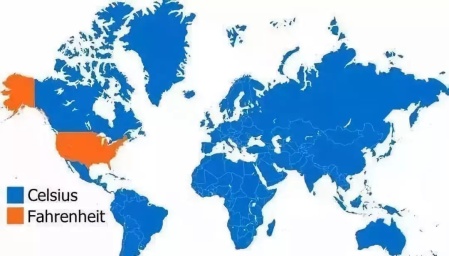 Now let’s think about using a world map to show the population of every country. One obvious way would be to take a standard world map and include the population of each country within their boundaries. That would work well. Same information as using a table, but more impactful, with an image that provides three things at the same time: where each country is, how big its geographic area is, and of course its population.

Instead of using a standard map, another approach to presenting world population is to use a cartogram. In this cartogram below the countries have been distorted so that their physical presence represents the size of their population in relation to the rest of the world, while still maintaining as best as possible their geographical location in the world. Needless to say, some countries have expanded greatly and look like giant Yodas, while others have shrunk nearly into oblivion. It’s intriguing to explore once you get the hang of it. Blow it up and check it out. What happened to Greenland?! Where’s Russia?! 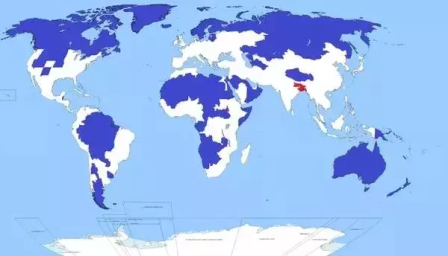 Now that you’ve got the idea of just how effective maps can be, I’ll give you a few more examples, just in case this intrigues you as much as it intrigues me. In fact, I’m giving some thought to starting a Map Monday series. What do you think?

If you are interested in exploring maps of the world on your own, there are some great sites out there, including worldmapper.org, ourworldindata.org, and commons.wikipedia.org. The Economist archives also has a wealth of maps conveying information on every conceivable topic. And, of course, you can always just google. Enjoy!

16 Responses to World maps can tell so many stories