When American poet Robert Frost first published his famous poem, Fire and Ice, in 1920, he was thinking of mankind’s capacity for destruction, but certainly not through man-made climate change. He wrote this poem 100 years ago; he could not have known how prescient he was.

Some say the world will end in fire,
Some say in ice.
From what I’ve tasted of desire
I hold with those who favor fire.
But if it had to perish twice,
I think I know enough of hate
To say that of destruction ice
Is also great
And would suffice. 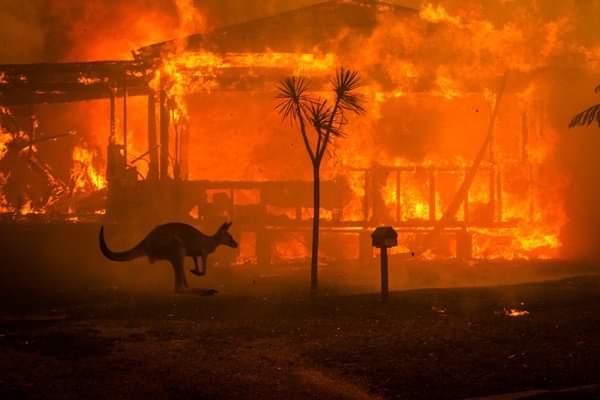 8 Responses to Fire and Ice