Kindness is key to health and happiness, and it’s free!

As it turns out, being kind to others is also good for your health, maybe even more so. You can google that as well! Engaging in kindness has all kinds of positive physical effects. Ongoing research shows that kindness can actually extend your life. It lowers your blood pressure, reduces anxiety and depression, and helps the immune system. Research shows that kindness can help you live longer and better, both in the giving of kindness and in being the recipient of kindness. And it all starts with the simple act of using a pleasant tone with others instead of a complaining or accusatory tone and treating others with respect. Shouldn’t be so hard. 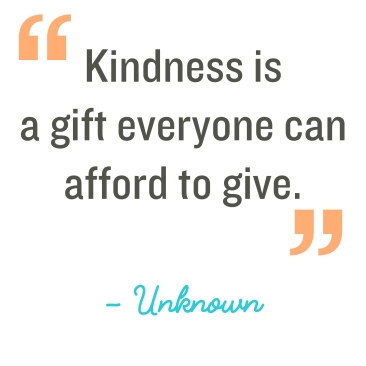 Being treated unkindly has all kinds of negative effects, which affect you mentally and physically. Being an unkind person, whether a proactive bully or just not caring about how your behaviour impacts others, similarly has a detrimental impact on your mental and physical health. Both the giver and the recipient of unkind treatment suffer from stress and unhappiness. There are no real winners. 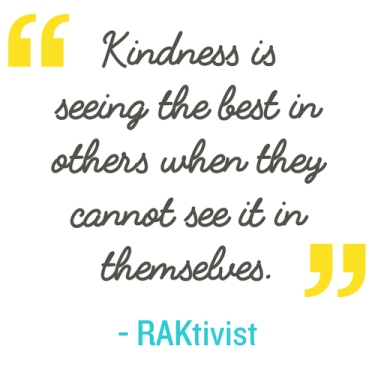 The long-lasting popularity of the children’s TV show Mr. Rogers’ Neighborhood was credited to the enduring kindness of Fred Rogers, the friendly, approachable cardigan-wearing host of the show, now reincarnated by Tom Hanks in the movie A Beautiful Day in the Neighborhood. According to Tom Junod, the Esquire reporter whose 1998 interview with Fred Rogers inspired the movie, Fred Rogers was just as kind as one would have imagined from watching the show. In fact, Tom Junod has said that Fred Rogers was more than kind, he was actively kind, almost confrontationally kind. I love that notion. To be actively kind, almost confrontationally kind.

If we were to try to be actively kind, what would that mean? Perhaps that we wouldn’t just give people smiles instead of frowns, that we wouldn’t just give pleasant replies instead of shrugging, ignoring, or rudely shutting down any civil reply – although those are good things. That we would also take the time to actively listen to what others were saying so we could really understand where they were coming from before rushing to judgment as to what action might be appropriately kind and meangingful. That our kindness would extent to people we don’t know as well as to those we do. That our kindness would extend to people whose culture, religion, or language is different from ours as well as to those whose background is the same. That we would be fully engaged in helping make the world around us a kinder place for everyone. Wouldn’t that be something?! 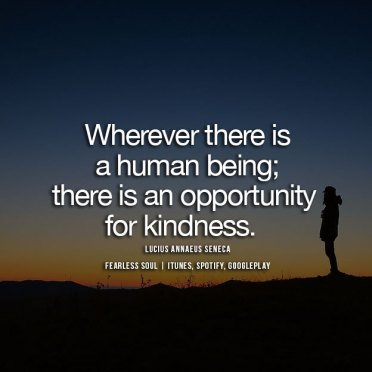 We don’t have nearly as much kindness in the world these days as we should. Not as much as I used to think we did. Maybe we never did. Maybe it was all an illusion. Or a delusion. But there was more expectation of civility, which at least gave an appearance of kindness, or of the possibility thereof. Sorry, but this current world of instant nastiness and throw-away insults is not good for anyone. It’s unkindness personified. It’s not good for our individual health or for the collective health of our societies. 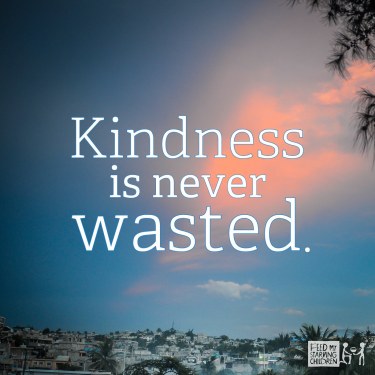 So, along with spending time reminding ourselves of all we have to be grateful for – a good idea any time – let’s also spend time thinking about how we can contribute to a kinder society. It can start in your home, in your workplace, in your community, or – dare I say – within your political party. Whatever works for you. In memory of Mr. Rogers, his neighborhood and his red cardigan, let’s try a little active kindness! 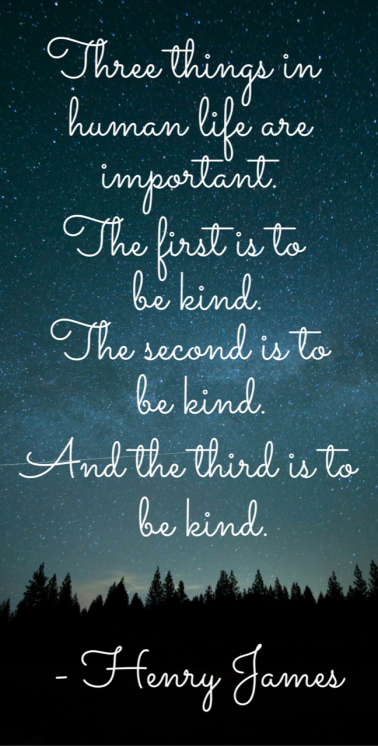 13 Responses to Kindness is key to health and happiness, and it’s free!