What do singing and baseball have in common?

If anyone had asked me that question a few weeks ago I just would have laughed. I love singing and I enjoy watching baseball on TV, but having anything in common, yeah, right! Until I attended a weekend choral workshop a few weeks ago and started thinking differently. OK, I didn’t start thinking they had much in common, but for advice on how to be the best you can be at your “game”, they have more in common than I would have thought.

Choral workshops, for those of you who might wonder what in heaven’s name that is, bring together lots of keen singers (90 from across our province in this case) to work on a well-regarded major piece (Mozart’s Requiem in this case) with a highly regarded guest conductor (the awesome Doug Dunsmore in this case) to spend the weekend practicing (and practicing and practicing) and learning techniques to improve our singing. Great fun. And one expression that our guest conductor said to us over and over again was: Singing is 90% brains and 10% talent.

Hmm. Does this sound familiar to anyone? Maybe most of you aren’t fans of the revered former Yankee catcher Yogi Berra and his famous quotes, but you should be. Yogi was famous for – aside from being a fabulous ball player – his quotes, which were a heartening mixture of wisdom and malapropisms. The one that came to my mind every time our conductor said 90% brains and 10% talent was Yogi’s famous quote: “Baseball is 90% mental. The other half is physical.” 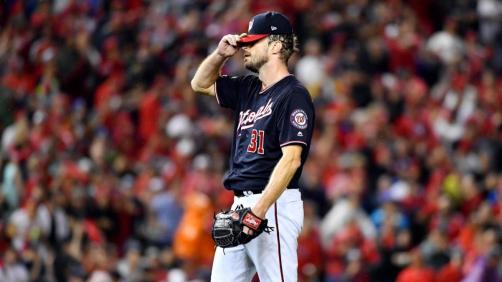 What our conductor meant was that (and I’m pretty sure he usually said this to professional singers rather than us recreational choristers) your talent will only get you started. You need to use your brain to understand what the composer had in mind, why the phrasing is the way it is, where to breath and not breath, how to breath, how to pronounce different languages in song, watch the conductor, always listen for the accompaniment and the other singers, …, it goes on and on. You need to know what is expected, how to interpret and execute that expectation, and be fully engaged at all times.

What did Yogi mean? Well, as someone who is in the room when many, many baseball games are being viewed, the first thing that comes to my mind, somewhat tongue in cheek, is that this is really meant for the pitcher. There is so much time taken between each throw that there’s clearly something mental going on that I don’t know about! But seriously, what he meant is that you have to play smart, not just play. You need to understand the many strategies that players may employ, and you have to be mentally engaged and prepared for all eventualities. You want to outfox your opponent, not vice versa.

When you google “90 mental” you get Yogi’s quote, you get some books written by people inspired by this quote, and you get many takeoffs on it. It seems to apply to almost every sport, from golf to wrestling. Its usual form is “sport x is 90% mental and 10% talent”. Interestingly, no such quote comes up for singing, so Doug Dunsmore may be the first to make the leap from sports to the arts. But if we stop and think about it, isn’t this aphorism really relevant in almost all domains?

Hard work beats talent (but only if talent doesn’t work hard) is a related saying. Talent can certainly get you to the starting line; for one thing because being naturally good at something provides easy motivation and easy gratification. But you need more. And unless you are willing to put in the hard slog, natural talent alone won’t get you to the top of your “game”. As we were told when we were kids, anything worth doing is worth doing well!

When in doubt about working hard or working smart, work hard while using your brain. Perhaps the most important aspect of this sentiment is that if you’re working hard by rote, not fully engaging your brain in your efforts, then all you’re doing is reinforcing your bad habits. This is where the professionals in sport and in the arts shine. And this is why I think the notion of sports and singing (and all other musical, artistic, and other creative activity) being 90% mental (brains) and 10% talent is very true.

Let’s take golf as a simple example. Those of us who have taken up the game at some time in our lives harbour(ed) some belief that we will (would) slowly get better. We just have to play more and it will come. We may take a few lessons. We may go to the practice range and hit balls or go to the practice putting green and dutifully do some practice putting. But are we learning anything new after the first few times? Are we using our brains? Do we even really know what we’re supposed to be doing when we practice? I can only speak for myself, but I know the answers and they aren’t pretty. Now think of the pros. They play like a dream. Yet, they are always at the practice range. And they are always working with their coaches. They have talent, they are working hard, and they are working smart. And their results are quite different from the rest of us! And if we stop and think about it, their talent got them interested, motivated, and brought them to the starting line. But it is their dedication to hard work and continual improvement that makes them the best.

Similarly for singers and instrumentalists. Many of us sang or played in a band or orchestra as a child. Some of us music lovers keep it up throughout our lives, playing or singing in community orchestras or choirs. Enjoying ourselves. Usually not improving much, but enjoying making music with kindred spirits. Now think of professional singers and instrumentalists, and those with special talent who at an early age decide that they want to pursue music as a career. Their talent motivates them to make that decision, but it is the years and years of intense hard work – smart hard work – that brings them their musical success. Like the golfers – and all other professional athletes – professional musicians never stop learning and practicing. Practicing diligently. Practicing smart.

Maybe the bigger question is whether there is any activity, creative, athletic, or otherwise for which this rule of thumb does not apply? I think not. For success in nearly everything, think: 90% mental, 10% talent.

11 Responses to What do singing and baseball have in common?