Thought-provoking article by Kelly McParland in the National Post (May 29, 2019) follows in full, for starters.

‘Once, you travelled the world to see the world. Now, you travel to shoot the perfect selfie. 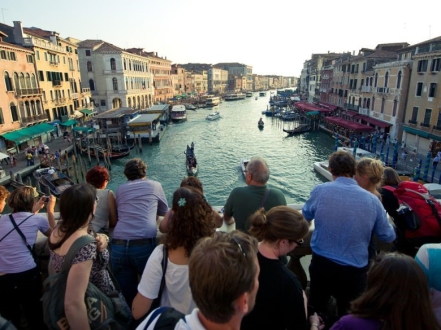 Tourists look at the view across the Grand Canal from the Rialto bridge on Sept. 9, 2011, in Venice, Italy.
Ian Gavan/Getty Images

It might seem odd to equate a torturous climb in life-threatening conditions to the world’s highest peak with mass tourism, but that’s what the trek to the top of Mt. Everest has become.

A blind man climbed it. Disabled people have climbed it. An Australian paraplegic with a wheelchair did it. A 69-year-old double amputee from China reached the summit. An 84-year-old British grandmother vowed to at least make it to the base camp, and succeeded.

Like so many others who have headed off to Nepal, Edna Northrup chose to make the climb in her ninth decade to prove a point. “Sometimes, people have a dream and they don’t pursue it at all,” she told Oprah Winfrey. “But there’s always time to pursue it in some form.”

Yeah, pursuing the dream. This year so many people from so many places decided to pursue their dream that the deadly narrow ridge leading to the top was turned into a high-level parking lot, with climbers shuffling along, inches apart, in an “anxiety-inducing conga line in the death zone,” as one observer put it. Out of oxygen, people heading down pushed and shoved to get past climbers on the way up. The tiny space at the peak became a jostling crowd of selfie-takers. Ten people have died in the process. If your dream is to stand in line in frigid temperatures so you can snap a selfie in a crowd of several dozen strangers, why not just lock yourself in a meat locker with the midnight crew of an abattoir?

This year so many people from so many places decided to pursue their dream that the deadly narrow ridge leading to the top was turned into a high-level parking lot.

But that’s what mass tourism has become. Many of the world’s most beautiful locations have become assembly points for crowds of selfie-taking travellers, elbowing away at one another as they seek enough space to get their face in the lens of their camera. You see them tumbling off the buses, phones already on selfie sticks, the world reduced to a backdrop for an endless series of pictures off themselves.

Venice is so overwhelmed by the tourist hordes it introduced a $15 entry fee for short-stay visitors from cruise ships, and last year installed gates so police can shut off approaches to popular sites when the crush becomes too dangerous. A $750 fine will be levied against tourists who jump in the canals or lounge around on monuments, effectively admitting the city has become one giant overcrowded museum rather than a place to live. 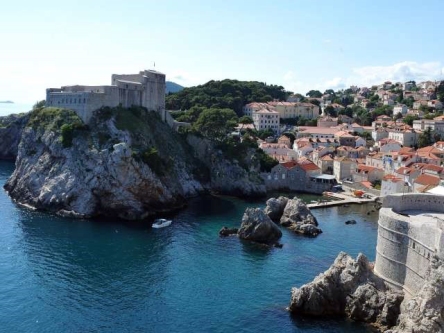 Venice gets an estimated 20-30 million visitors a year. Amsterdam, with about 17.5million, is so jammed the Netherlands national tourist board stopped advertising it as a tourist destination and warned popular gathering spots to better control their customers or face “alternative measures.” Dubrovnik, the ancient Croatian city featured in Game of Thrones, has been so overwhelmed by fans of the series the city started rationing cruise ship visits and put a cap on the number of people allowed into its historic core.

Dubrovnik felt it had to act after UNESCO (United Nations Educational, Scientific and Cultural Organization) warned it could lose its status as a world heritage site, a danger also facing locations in Macedonia and Montenegro. But UNESCO’s designation is part of the problem, as tourism authorities and travel firms use UNESCO recognition as a heavy marketing tool to keep the crowds coming. Dubrovnik, with a population of just 40,000, was swamped by more than a million visitors in 2016, as cruise ships parallel-parked and airlines introduced daily flights.

Tourist publications and fawning travel writers continue to hail the “heart-snaring beauty” of cities like Dubrovnik and Venice, accompanied by gorgeous professional photos carefully devoid of crowds, while residents flee the noise and trash. The historic centre of Prague, another UNESCO site, can be so jammed with mass groups trailing obediently after guides that the bridge leading to the old town becomes all but impassable. Hallstatt, a beautiful village on an Austrian lake that’s also on the UNESCO list, requires visitors to de-bus at lots outside town and walk into a central area that is all but deserted of actual Hallstattians, other than those selling T-shirts, souvenirs or snacks. Guides now advise seeing Toledo, one of Spain’s most beautiful towns, early in the morning before the buses breach its ancient walls.

The UNESCO curse is such that residents of Quebec City’s old town used recent consultations on the city’s world heritage status to complain that overcrowding is driving out markets and services, and causing residents to flee. Meanwhile the port authority is hoping to double visits by cruise passengers by 2025.

Quebec’s situation reflects the global problem: mass tourism produces jobs and taxes while devouring the locations themselves. Local politicians pledge caution while eagerly gobbling up the revenue. History and atmosphere fall victim to compromises made for parking spaces and fast-food outlets.

It used to be you travelled the world to see the world. Now you travel to shoot the perfect selfie in the perfect location. The world’s highest peak is just another sorry victim.’

A sobering picture painted by journalist Kelly McParland. But … in my next post I’ll provide you with tantalizing suggestions for travel in a place that has history, culture, the beauty of nature in abundance, a warm welcome, and no long lines of people. See the oldest European settlements in North America, starting with early Viking habitations. Learn about our indigenous and Acadian history as well as that of our early British settlers. Listen to toe-tapping Maritime fiddle music. Eat all the lobster and PEI oysters you want. Enjoy the thrill of whale watching. Visit our World Heritage sites. All with the friendliest of down-home hospitality, as brilliantly portrayed in Come From Away. Yes, right here in Atlantic Canada. More soon about these uncrowded treasures just waiting to be explored.   Stay tuned. 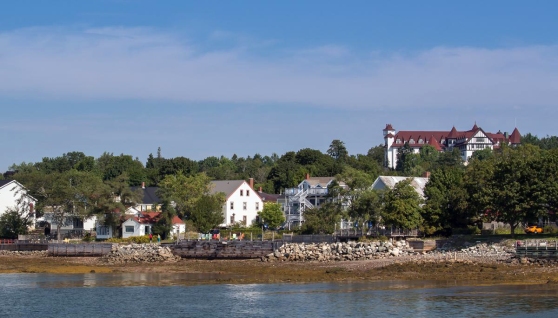