This one’s for my running buddy

I happened to be doing a little google-based research on running in old age the other day and came across some information that I just had to share with others who are running in the “mature” stage of life. Or those who fear that they can only have fun running when they’re young and fast. Oh, please! I am hoping that the advice in this article will make my running buddy feel very good about himself and his personal accomplishments.

The article that pulled me in was published in March of 2015 in Runner’s World magazine, called Mastering Running As You Age. The thing about this article is that it assumes that people start young, as would-be hotshots, and then have to go through various stages of rude awakenings as they age and their bodies start to fail them. Speed and endurance aren’t quite what they once were. The article has descriptions and advice for coming to grips with each of the following stages:

The thing is, we didn’t start our long distance running “careers” until Phil was halfway through Climbing the Age Ranks, I was in my last year of that category, and my beloved husband was comfortably a Senior Master. Since then Phil and I have graduated to Senior Master and my husband has decided that someone called Super Master can confidently, if reluctantly, hang up his running shoes. And I’m hoping that the advice offered for Senior Masters gives my running buddy the perspective he needs to celebrate his accomplishments rather than regret the fact that he’s not getting faster. Phil, if you were getting faster, according to this article you’d be in the Guinness Book of World Records.

From the Runner’s World article:

Even if you’ve had a relatively smooth path through your masters career so far, this is another time when you may need to revise expectations for racing and training. …

Priorities for a Masters Runner Climbing the Age Ranks

Whatever evolutionary biologist Lieberman says about our distant ancestors, this is an age where simply lining up for the start of a race is something most peers would never attempt. …

Priorities for a Senior Masters Runner

Good thing we didn’t know how enfeebled we were when we started. Think of all the fun we would have missed. 🙂

Happy birthday, Phil. Thanks for all the fun times … so far!! 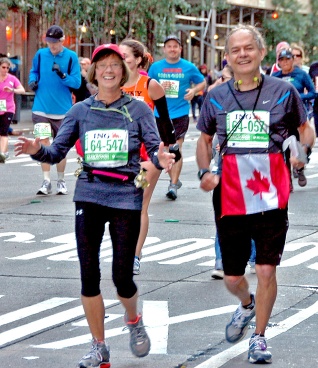 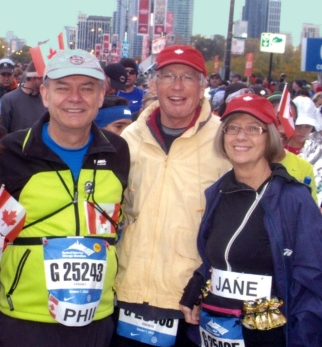 4 Responses to This one’s for my running buddy