How do you write about a place when the only word that comes to mind is “overwhelming”?  If something is overwhelming in the true sense of the word, how do you get past it?  These are the questions I’m grappling with as I try to write a post that conveys the essence of India and why India ranks as #5 on our all-time trip list, out of LOTS of trips over LOTS of time.  Usually, when I write about a place we’ve been, I’ll already have some ideas of what I want to share, whether in terms of adventures, misadventures, natural marvels, history lessons learned, or other insights.  Images come to mind and I look through my photos, first for reminders and then for potential illustrations. 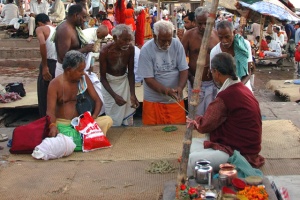 As I turn the pages of my photo albums from our trip to India, what I am reminded of is that feeling of being overwhelmed.  Five years ago we had the opportunity to spend a month in India, as part of a group of 9 seasoned Canadian travellers, 4 of us friends from New Brunswick and the others from Toronto.  We had all travelled broadly and were excited for this next adventure.  It wouldn’t have crossed our minds to wonder whether we were mentally prepared; how could that have been an issue?  Shows what we knew.

How to explain India, at least first impressions?  It is a far more diverse country than those of us without intimate knowledge could imagine.  It is the world’s largest democracy and, as creaky and as inefficient as it may be, it is a democracy.  Its official languages are Hindi and English, but many languages are spoken and there is no national language.  It is enormous both in population (2nd largest at 1.2 billion) and land mass (7th largest), and includes an impressive range of geological and climatic variations, from the Himalayas to low flood-prone plains, and from arid regions in dire need of improved irrigation to the oppressively humid regions.  Its population is overwhelmingly Hindu, but with 13% of the population Muslim and given its overall population, India has the 3rd highest number of Muslims worldwide and the highest number of Muslims in a non-Muslim nation.  In addition, there are several other religions that have carved out their own slice of Indian society, such as Sikhs, Zoroastrians, Baha’is, Buddhists, Christians, and Jains.  Into this richness of languages and religions are mixed the long-standing cultural traditions of the caste system and the increasing disparities between the traditional poor rural way of life and the rapidly rising middle class in India.  The middle class is a modest 5% of the overall population, but this adds up to more than 50 million people right now and is expected to be more like 600 million by 2030. 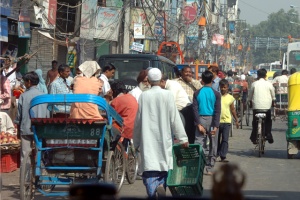 Our trip included 2 weeks in northern India and 2 weeks in southern India.  They’re so different that separate posts seem appropriate.  Our northern route took us from Delhi to Varanasi, then to Khajuraho, Jhansi, Agra, Ranthambore, and Jaipur.  The weather in October was hot and dry, somewhat reminiscent of Arizona, although aside from the weather you knew you weren’t in Arizona!  The region that encompasses Delhi, Agra, and Jaipur has been heavily influenced by the moguls from earlier times, who established stable Muslim rule and built many famous fortresses and monuments using Persian architects and builders.  Let’s take a look.

Delhi.  India’s national capital, this city of 16 million people showcases magnificent buildings, boulevards, and monuments along with areas of traditional India.  In fact, the contrast between the quiet, well-treed, well-groomed boulevards and lush grounds of the government and diplomatic compounds of New Delhi stand in stark contrast to the lively chaos of Old Delhi.

Varanasi.  Varanasi is the oldest continuously inhabited city in India and one of the oldest cities in the world, having been a cultural center for several thousand years.  It is a holy place for Hindus to visit, to wash in the sacred waters of the Ganges, and to die.  When you are in Varanasi you are in the spiritual capital of India.  There is no way to be prepared for the experience that is Varanasi.  A night-time trip by rickshaw through huge crowds buying and selling holy trinkets at brightly-lit stalls en route to the Ganges, where a nightly ceremony is being carried out by Hindu holy men: Putting Mother Ganga to sleep.  A sunrise boat ride along the bank of the Ganges, watching the throngs of pilgrims joyously immersing themselves in the thick brown sacred water.  Floating a candle on the water from the side of the boat, honouring a deceased Indian colleague whose ashes were brought to the Ganges from Canada.  Drifting past the funeral pires along the river bank, where people wait with the bodies of their departed loved ones to give them what is considered the most sacred of funerals.  An interesting counterpoint is the calm of a quiet park just 8 miles outside of Varansi, Sarnath, where the Buddha gave his first speech to his followers after his enlightenment, circa 500 BC.

Khajuraho.  This lovely little town is the proud steward of a large number of erotically sculpted temples, thought to have been built by the people who ruled that area during their reign from 500 – 1300 AD.  It’s a beautiful campus of magnificent temples completely covered in sculptured relief.  Flocks of wild canaries add flashes of bright green to the surprisingly tranquil setting.

Jhansi.  We boarded a train here to take us to Agra.  I’m up for many adventures, but I wouldn’t put a train ride in India high on my list. Cows on the platforms, cows on the tracks, no room for cows in the carriages! 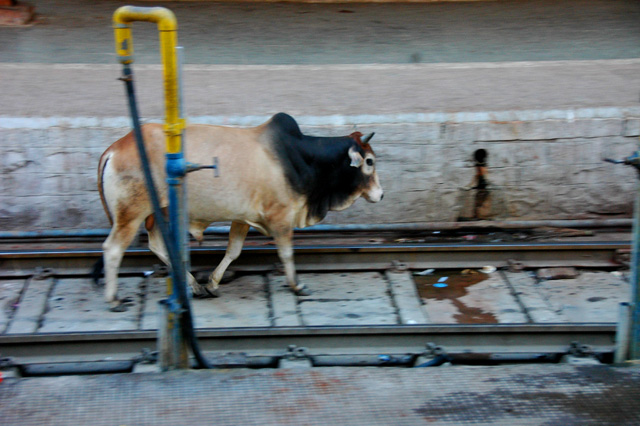 Agra.  Everyone knows about the Taj Mahal.  Just to be clear, it is the mausoleum the Mughal emperor Shah Jahan built for his third wife. Although it’s exquisite, it is a tomb! It turns out that the emperor was subsequently deposed by one of his sons, who imprisoned his father in what in my mind was the even more interesting building, Agra Fort.  From his rooms in Agra Fort (below), Shah Jahan could see the Taj Mahal, where he eventually was interred with his wife. 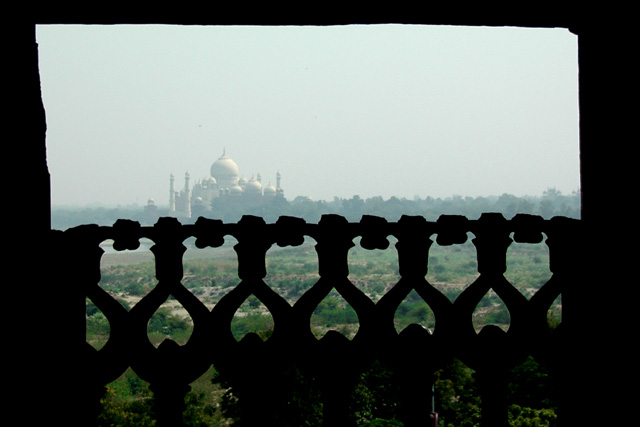 Ranthambore National Park.  I have written a post about our fabulous time in this absolutely marvelous tiger sanctuary previously (Tiger sightings).  The Ranthambore Fort, dating from the 10th century, stands at the gate to the Park.  It is revealing to learn that this fort and the park’s vast expanse of prime forest in the middle of a barren plain was the hunting estate of the Maharaja of Jaipur in the 20th century prior to becoming a national park.

Jaipur.  The Pink City, so named for the colour of many of its buildings and homes that were originally painted pink in the late 19th century in honour of a Royal visit.  It is also known for its many beautiful palaces, including the Amber Fort and Palace that sit grandly on a hilltop overlooking the city and hills beyond.  Popular tourist features: elephant rides and carpet factory tours!

There are many impressive buildings and monuments to see in northern India, but it is the people who define the country.  I’ll let them tell their own stories through their pictures. 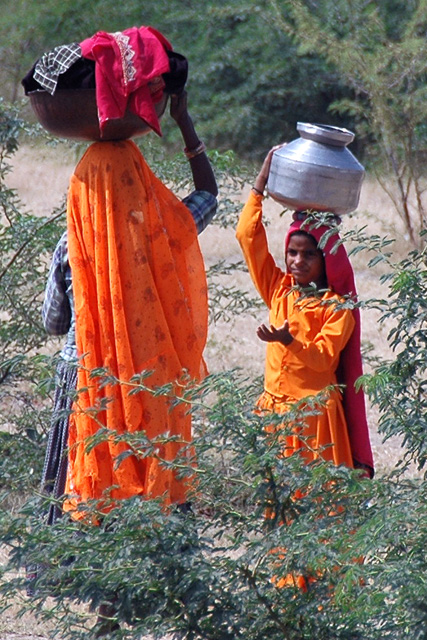 Northern India/Southern India: #5 of our top 5 favourite trips of all time