What do two disparate entities like the remote Himalayan kingdom of Bhutan and the eminently accessible Floridian kingdom of Disney World have in common?  They both measure their success in terms of happiness. 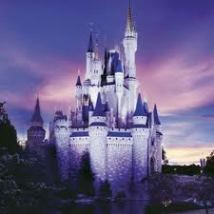 Yesterday I met a woman who had recently attended a seminar on Disney’s Approach to Leadership Excellence, offered locally by a Disney Institute presenter.  She spoke highly of the seminar and mentioned, among other things, being told of an employee who, when asked what his job was, replied, “My job is to create happiness.”  What an amazing concept.  If you felt that was your calling, how would you feel about going to work every day? 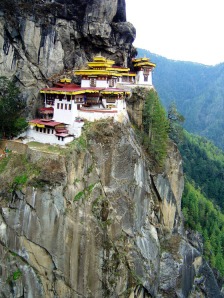 As I mentioned in a previous post (Mindfulness, Chi Running, and Bhutan), the country of Bhutan uses Gross National Happiness (GNH) instead of GDP to measure its development.  This alternate approach to considering national progress has struck a chord globally.  In July 2011, at the urging of Bhutan, the U.N. General Assembly adopted a resolution endorsing a holistic approach to development that could lead to individual happiness and well-being around the globe.  And, in early April 2012, the UNB hosted a conference called “Happiness and Well-being: Defining a New Economic Paradigm”, bringing together hundreds of representatives of government, academics, and other civic leaders to discuss the issue.

The initial four pillars of GNH in Bhutan were: the promotion of sustainable development, preservation and promotion of cultural values, conservation of the natural environment, and establishment of good governance.  After adopting these principles, the Bhutanese government has based their subsequent 5-year plans on them.

The first Global GNH Survey has been undertaken based on these 7 indicators.  The resulting World Happiness Report  presents and analyzes the results of the Global GNH Survey.  The report’s editors conclude that social factors such as the strength of social support, the absence of corruption and the degree of personal freedom are more important than wealth. 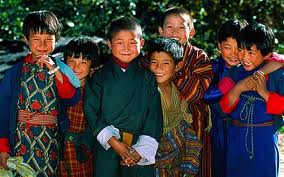 Also, although wealthy nations like Denmark, Norway, Finland and the Netherlands lead the rankings of happiest countries while poor nations like Togo, Benin, Central African Republic and Sierra Leone ranked among the least happy, many wealthy countries have not become any happier when measured against these indicators, regardless of rising economic well-being.  A number of studies have shown that happiness is not proportional to economic well-being, a result sometimes called the Paradox of Happiness.

Now how does Disney World fit into this discussion of happiness? I am not trying to suggest that the Disney folks are more focused on making people happy than on the health of their bottom line.  Not at all.  But by paying attention to indicators 2-7 above, they are paying attention to their own economic well-being at the same time.  If you stop and think about it, when you and your family are at Disney World, your environmental, physical, mental, and social well-being typically increase – OK, while your economic well-being decreases a bit!

Spending time in Disney World is spending time in a lovely bubble.  For starters, it is clean beyond belief.  Staff members are from all over the world, and are very friendly and well-trained; people who work there feel that they are well treated and it shows.  This provides improved workplace well-being and adds to the enjoyment of the visitors.  The attention to detail is remarkable, making every visitor feel that they are in a special place.  You are in a magic kingdom, regardless of which theme park you are visiting.  The Disney folks have learned the formula for providing – and selling – happiness. 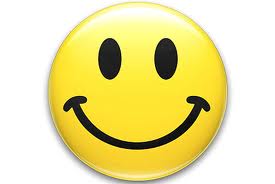 A bit of a stretch trying to compare the underlying philosophies of Bhutan and Disney World?  Maybe, maybe not.  Think about it.  They both understand that you are more successful at meeting your goals (whether improving the lot of your citizens or improving your profit margin) when you focus on the holistic well-being of your citizens or customers.  That translates into happiness for citizens, happiness for customers, and happiness for those managing the process.  Maybe even a little social entrepreneurship at work?! Let’s hear it for more happiness!